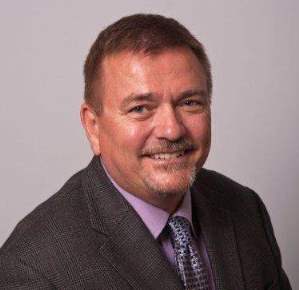 This year, Tom McDaniel became one of the numerous men having to face a diagnosis of prostate cancer. But this was not the 58-year-old St. Petersburg safety engineer’s first bout with a cancer diagnosis. Now, McDaniel is sharing his personal experiences with cancer in hopes of encouraging early detection and screenings. He wants men to take charge of their health through knowledge and to show that cancer does not always have to mean a slowdown in lifestyle.

Like many others of his generation, Tom McDaniel has watched his children go off to college and is still going strong in his career – hooked on a being a lifelong learner and staying younger than his years. Around a year ago, McDaniel found out he had prostate cancer from his urologist when a screening showed an abrupt increase in his Prostate Specific Antigen (PSA) levels. The PSA measures the amount of a protein that is produced by the prostate gland; and the higher a man’s PSA level, the more likely it is that he has prostate cancer. McDaniel was already seeing a urologist because had been previously diagnosed with and treated for bladder cancer.

McDaniel says, “I knew when the stage 1 prostate cancer was confirmed, I better get researching to find the best treatment. Being the kind of person I am, I looked into surgery, all types of newer radiation, and considered the ‘watch and wait’ option. Since I found out early, I had time to look into all possibilities.”

McDaniel did his homework and discovered that one way to treat his prostate cancer was through a procedure that incorporated high-tech medical technology and could precision-target the tumor. CyberKnife Radiosurgery is frequently used for patients with early stage prostate cancer or cancer confined to the prostate.

“As I learned more, it became clear CyberKnife would work for me. I knew from experience that cancer is something you have to deal with at some point. CyberKnife fit my lifestyle and put my mind at ease – knowing my family and I wouldn’t have to worry about the cancer worsening down the road.”

“I was thinking of doing radiation treatment at Shands or MD Anderson because I travel all the time, even internationally as part of my job,” explains McDaniel. McDaniel sought out CyberKnife treatment and was surprised that it was available in Tampa.

“I really wanted to have an assurance of treatment effectiveness, but also have it complete in a short period of time. It was extremely important for my busy lifestyle.”

McDaniel was cared for by Frank P. Franzese, M.D., a Board Certified Radiation Oncologist. “Dr. Franzese was extremely knowledgeable, and I felt very comfortable the whole time in treatment. He was always honest and upfront.”

After his non-invasive treatment this July, McDaniel immediately went back to working from home, the following week taught a class in Orlando, and was able to go to Germany a month after treatment. Now, he is done and will have his PSA level regularly monitored.

According to the Centers for Disease Control, prostate cancer is the most common cancer in men, no matter your race or ethnicity. More than 200,000 men in the United States are diagnosed with prostate cancer annually and approximately die from prostate cancer each year.

“There were some side effects – it is still radiation – but the effects were so minor in comparison to surgery that it was an easy decision for me. I’ve had to make minimal adjustments, but nothing that we can’t live with,” McDaniel explains. “I am back to living life to the fullest and would tell other men to go get your PSA checked. PSA in itself is no guarantee, but it is the best thing going to seek out this silent killer.”